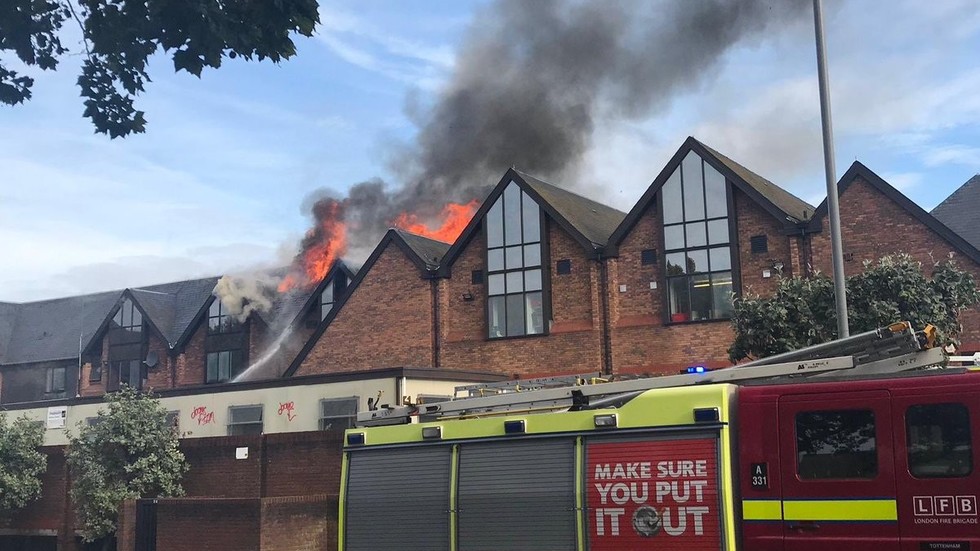 Around 100 firefighters are battling a large fire at The Mall shopping centre in Walthamstow, in North East London, in what police say is a “major incident.”

Dramatic images taken at the scene show a massive cloud of smoke and flames billowing above the building. The cause of the fire hasn’t been established.

“The Brigade was called at 0740. Fire crews from Walthamstow, Leyton, Tottenham, Leytonstone, Homerton and surrounding fire stations are at the scene.” the London Fire Brigade said. “Part of the roof of the two storey building is alight.”

“There is a lot of smoke so we would advise local residents to keep their doors and windows closed while crews tackle the fire,” Station Manager Steve Smith said.

The Metropolitan Police told residents to avoid the area.