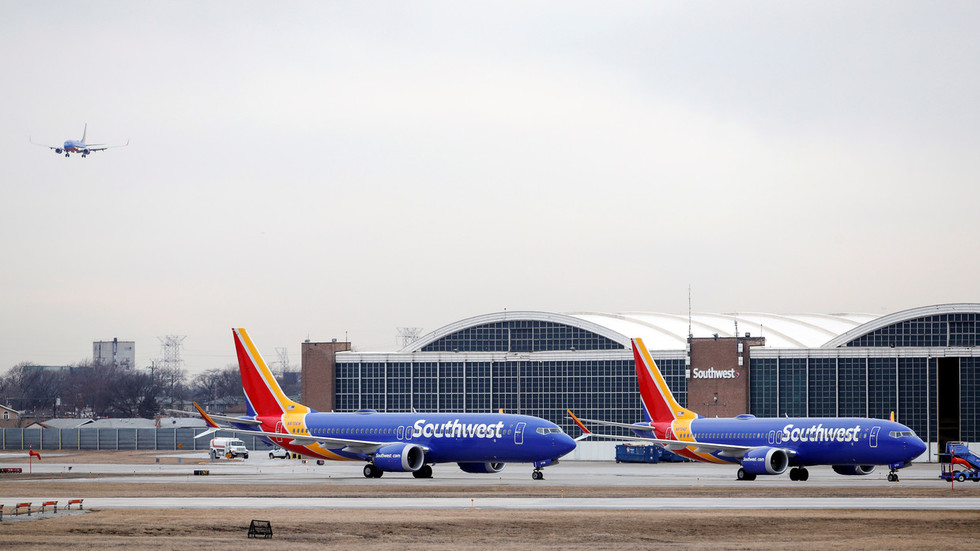 Boeing 737 MAX 8 and 9 planes will remain grounded for “weeks” until the updates to faulty software are tested, US lawmakers said after a briefing with Federal Aviation Administration officials.

On Wednesday, the US President Donald Trump ordered the FAA to ground all 737 MAX 8 and MAX 9 aircraft, citing safety concerns. The decision was taken in the wake of the fatal crash of one such airliner in Ethiopia that killed 157 people on Sunday.

The FAA then said that the jets might stay ground for “months” while admitted that the series apparently has a software problem that poses a risk to flight safety. At the same time, the aviation regulator expressed its hope that the grounding would be as “short as possible.”

The Sunday crash prompted more than 40 nations to ground Boeing 737 MAX 8 as it followed a similar tragedy involving the same type of plane, which occurred last October and resulted in deaths of 189 people on board.
The 737 MAX series was introduced in 2016 as the fourth-generation update to the narrow-body airliner that first flew in 1967.

Earlier, the US pilots already expressed their safety concerns about flying Boeing 737 MAX 8 aircraft as they complained that the jets’ autopilot sometimes prompted them to nosedive and lose altitude. In total, there were at least 11 reports about the Boeing 737 MAX 8 logged on the Aviation Safety Reporting System between April 2018 and December 2018.