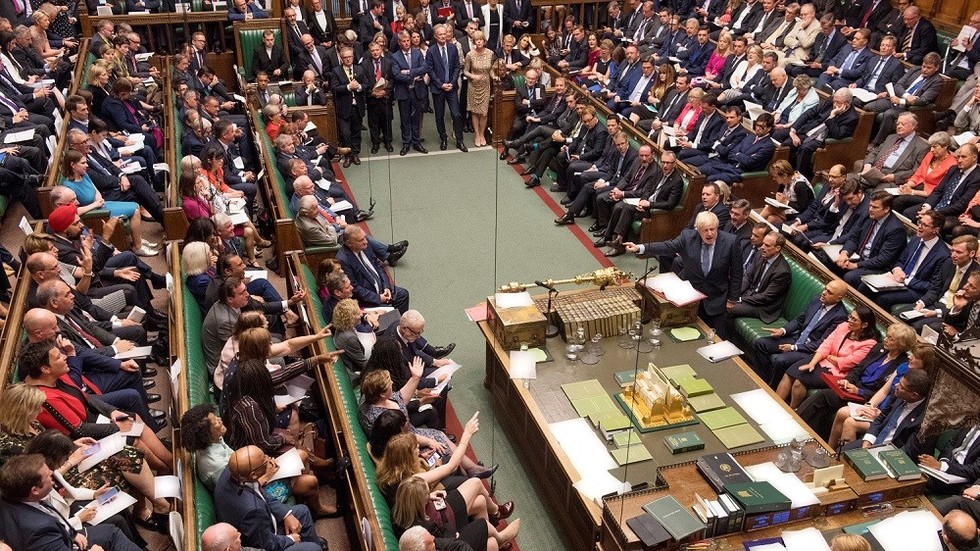 Prime Minister Boris Johnson is preparing a dramatic sitting of the UK parliament on Saturday 19 October, in what is being billed as a last-ditch attempt to avoid having to request a Brexit delay from Brussels.

In what would be the first Saturday sitting since 1982, when Argentina invaded the Falklands Islands, and only the third since World War II, MPs will be recalled even if there is no Brexit deal to vote on.

Also on rt.com ‘Not about winning some stupid blame game’: EU’s Tusk loses temper with BoJo over Brexit

The UK prime minister has until the European Council summit on October 17 and 18 to secure an agreement with Brussels. If Johnson fails to do so, UK law compels him on October 19 to seek an extension to Article 50 and delay Brexit past its current deadline day, October 31.

A Saturday sitting had been expected if a deal had been secured, so that British lawmakers could begin the process of rushing it through the House of Commons, but it will now be staged whether there is a deal or not.

Whatever happens, deal or no deal, govt will call MPs to Westminster for a special sitting on Saturday Oct 19th – could be decisive day in Parliament in aftermath of EU summit

Johnson has made it explicitly clear that he intends to “get Brexit done” by October 31, but has been consistently evasive on how he plans to get around the ‘Benn Act’ which forces him to seek a delay from the EU.

News of the Saturday sitting comes as Brexit tensions between London and Brussels boiled over on Tuesday, after European Union Council President Donald Tusk delivered a ferocious attack on Johnson on social media, telling him that Brexit is not all about “winning some stupid blame game.”