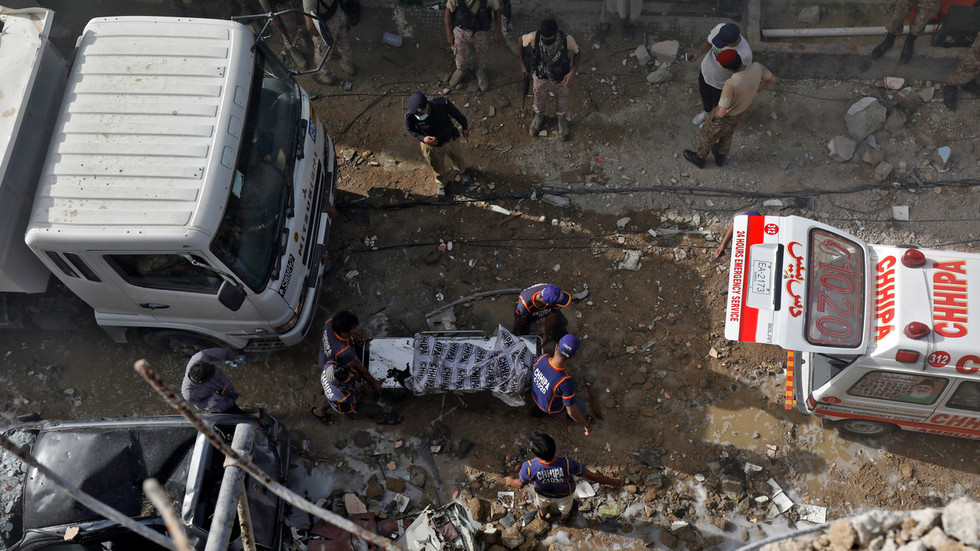 The moment of the Pakistan International Airlines A320 plane crashing in a crowded Karachi neighborhood on Friday seems to have been caught by CCTV footage posted to social media.

The plane with 99 people on board crashed Friday morning less than a kilometer from the airport where it was attempting to land, hitting a building tail-first. While the moment of impact is not seen on the video, the fireball from impact is certainly visible, as is the resulting plume of dark smoke.

It’s not clear what caused the crash; PIA CEO Arshad Malik confirmed with local media that the plane had been cleared to land, but a technical issue forced him to perform additional maneuvers before attempting it.

Some 76 casualties have been confirmed so far. It’s not clear if all those were passengers on the plane, as the crash took place in a densely-populated area and several homes were badly damaged in the wreckage. At least three passengers reportedly survived.

Pakistan had only just resumed flights last week after shutting down air travel due to the Covid-19 pandemic.