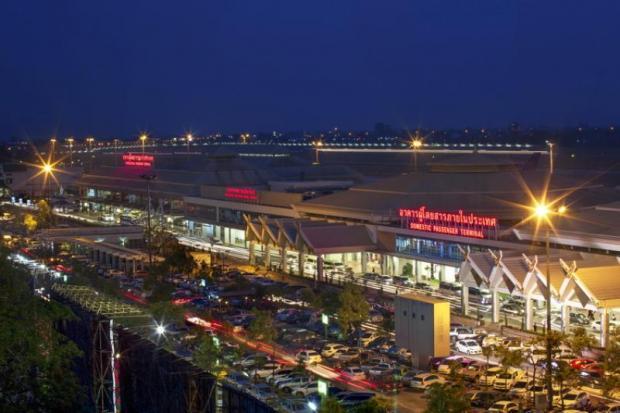 The Chiang Mai airport is committed to expanding capacity to 13 million passengers by 2025 to cope with soaring traffic demand.

The future of Chiang Mai airport, long blurred by unclear state policy directives and relative inaction, appears to be getting revived attention.

Policymakers, authorities and the state-run Airports of Thailand Plc (AoT) now appear keener than ever to settle issues regarding incremental airport capacity much needed for the northern city.

These issues have come to a head as overcrowding at Chiang Mai airport has become increasingly evident and will only get worse as fast-growing traffic demand chokes the existing facility.

Chiang Mai handled 9.97 million passengers in the year to Sept 30, up 8.3% year-on-year and surpassing annual capacity of 8 million.

But the next step in Chiang Mai airport’s development was not dealt with in detail at the mobile cabinet meeting, held in Sukhothai province on Tuesday, as had been anticipated by the private sector.

Two critical issues concerning the issue of airport infrastructure did come up at the meeting.

Regarding the second question, the AoT board of directors, chaired by Prasong Poontaneat, is due to inspect two potential locations for another airport facility towards the end of January or early February next year.

One of the locations is in Lamphun province and the other is in Saraphi district of Chiang Mai, a highly placed source on the AoT board told the Bangkok Post yesterday.

Both locations have plots of land in flat areas owned by the government that could be bought by AoT for airport development.

Additional land adjoining those plots could be purchased to provide the total acreage required for construction.

Initial estimates are for 5,000-6,000 rai being needed for airport development.

A feasibility study for the second airport may be requested to provide a clearer picture of what the development parameters would look like after the AoT’s site visit.

This undertaking is estimated to cost 50 billion baht, the source said.

Complicating development of the second Chiang Mai airport is the second-stage expansion of the existing facility, which was approved by the AoT board some time ago but has not been executed.

That phase of development calls for upgrading the existing airport to boost its annual passenger handling capacity to 18 million over the next two decades.

More expansive upgrades over the next two decades as spelt out in the current blueprint could cost 30 billion baht, he told the Bangkok Post.

But he said slot constraints at Chiang Mai airport restrict its ability to respond to additional demand for take-offs and landings.

Mr Monthanik identified the self-imposed curfew, between midnight and 6am in response to public demand, as limiting the airport’s capacity.

Many of them are in China as Chiang Mai is one of the most popular destinations for Chinese tourists.

Wiphawan Woraputtipong, chairman of the Chiang Mai Chamber of Commerce, has called on the government to expedite the development of the second Chiang Mai airport to support the northern region’s economic growth, particularly its important tourism industry.