China’s PM calls for ‘resolute fight’ against coronavirus outbreak as death toll climbs to 106 with over 1,700 new cases 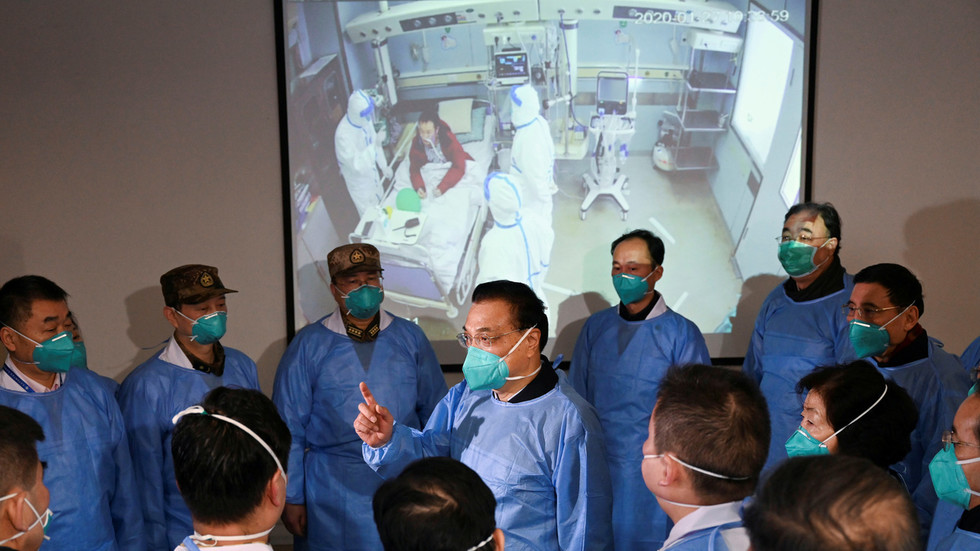 The death toll from China’s coronavirus outbreak has risen to 106, with the authorities in Hubei province, at the heart of the crisis, saying on Tuesday it killed 24 more people. Over 4,500 cases have been confirmed nationwide.

The death toll from the respiratory disease, caused by the novel coronavirus named 2019-nCoV, climbed to double digits on Tuesday. The health commission in the Hubei province, where it had originated, confirmed that 100 people have died from the deadly virus, which brings the total number of deaths within China to at least 106. The majority of the new lethal cases, 24, were reported in Hubei province, while one patient died in in the Chinese capital of Beijing.

Mind-boggling 1,771 new cases have been confirmed, driving the total number of those infected nationwide to at least 4,515 as of Tuesday.

The rapid spread of the virus prompted Beijing to extend its New Year holidays to February 2, while China’s National Immigration Administration called on residents to refrain from travelling abroad to curb the spread of the disease, that has already spilled over to at least 15 countries, including the US, Canada and Germany, which reported its first confirmed case on Tuesday.

Also on rt.com ‘Reconsider travel’: US advises Americans against traveling to China as first death from coronavirus confirmed in Beijing

Although China has put over a dozen of cities at the center of outbreak, including Wuhan, where it had sprung to life, on lockdown, concerns over its continuous spread are mounting. The US State Department updated its travel advisory on Monday, explicitly urging Americans to avoid travelling to Hubei, an example that was swiftly followed by Canada.

The State Department also said it would be extracting US consulate personal from Wuhan on Wednesday morning. The charter plane would be sent to bring back the staffers and other US citizens “at greater risk from coronavirus” that are stranded in Wuhan. A State Department spokesman noted, however, that the capacity to airlift those willing was “extremely limited.” Speaking to CBS, they said that about 1,000 Americans are currently in the city.

The outbreak has poured cold water on the Asian, European and US stock markets, with oil prices also taking a hit, down about 10 percent in ten days.

The Chinese authorities, meanwhile, have vowed to step up efforts in containing the spread of the virus. Chinese PM Li Keqiang travelled to Wuhan on Monday, paying a special visit to the Jinyintan Hospital, overwhelmed with patients, including those severely ill.

Also on rt.com Germany considers pulling citizens out of Wuhan, but as more countries enact evacuation plans, will the coronavirus go with them?

Wearing protective mask, Li met with medical staffers, promising to send 2,500 additional medical workers to the city along with 20,000 pairs of protective gear.

“We must fight resolutely to win the battle against the epidemic,” Li said, as cited by Xinhua, urging onstruction workers to “race against the time” to build a makeshift hospital that is to care for hundreds of patients.

“We must use every possible means to admit all the patients (into the hospital),” he said.

The personnel is expected to arrive to the city, hardest-hit by the outbreak, within the next two days.