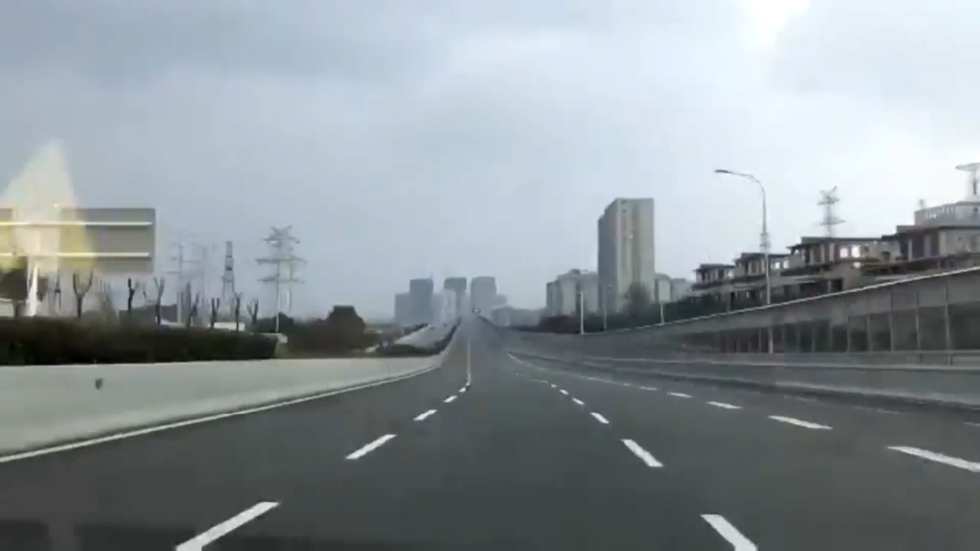 Wuhan, the Chinese city at the epicenter of the coronavirus outbreak, was the first in the country to be quarantined amid China’s growing efforts to curb the spread of the contagious illness, turning it into a ghost town.

Eerie timelapse footage recorded along the city’s roads shows once-packed highways sitting empty and appearing completely devoid of any signs of life. Not a single other vehicle can be seen in the clip, shared online by Dutch journalist Leen Vervaeke.

Since the outbreak began last month, the death toll has risen above 100. While the virus has spread to some 16 other countries and infected over 4,500 people worldwide, no deaths have been recorded from it outside China. On Tuesday, authorities in Japan and Germany confirmed their first cases of coronavirus in patients who had not personally traveled to Wuhan.

Health officials have warned that people may carry the virus, which can cause severe pneumonia, for up to a fortnight without showing any symptoms.

Residents in Wuhan, a city of 11 million, have been keeping their spirits up and fighting cabin fever by singing together and calling out “Come on Wuhan!” in the evening from their high-rise apartments.

Also on rt.com ‘Wuhan, you can do it!’: Quarantined residents sing from their balconies in stirring VIDEOS