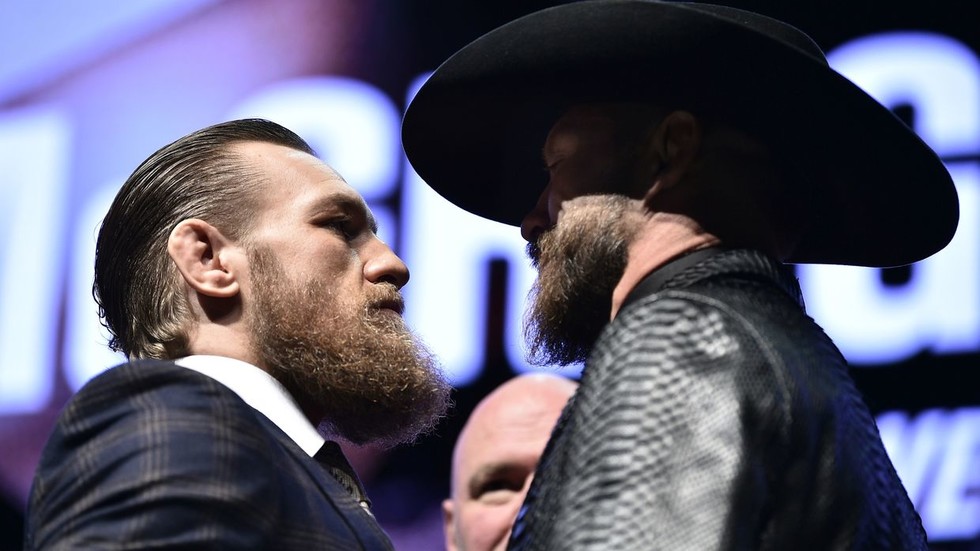 The time for talking is nearly over, as both Conor McGregor and Donald Cerrone successfully made weight in the Park Theatre in Las Vegas on Friday ahead of their blockbuster UFC 246 main event this weekend.

McGregor tipped the scales at a robust 170lbs, the heaviest weight that the Irishman has ever set in the UFC and two pounds heavier than the last time he competed at welterweight against Nate Diaz in 2016.

Also on rt.com ‘COWARDS’: McGregor and Cerrone feel the wrath of PETA for ‘bragging’ about wearing animal skin

The former UFC two-division champion appeared in confident form on the scales, as well showcasing his impressive physique which, according to Dana White, was described by the official UFC doctor as being the finest shape he has ever seen McGregor in.

Before that, Donald Cerrone was among the first to weigh in as he tipped the scales shortly after the two-hour window opened just after 9am local time.

The American fighter appeared somewhat gaunt on the scales, indicating that he likely had to cut some last minute weight in the final hours before registering his weight.

The Dubliner weighing in at the welterweight championship title limit may well be seen as an indicator of his future plans. Prior to his first title-winning bid in the UFC’s featherweight fold, McGregor made a point of indicating that making championship weight was not a problem for him.

Fighters in non-title UFC bouts are entitled to a one-pound dispensation when weighing in.

McGregor has suggested that he intends to challenge current UFC welterweight champion Kamaru Usman later this year as part of what he describes as a three-fight ‘season’ in 2020.

Also on rt.com He’s had 11 FIGHTS since McGregor last won a bout – the facts you need to know about ‘Cowboy’ Cerrone before UFC 246