People wait in line to receive testing during the global outbreak of the coronavirus disease (COVID-19) outside Roseland Community Hospital in Chicago, Illinois [Joshua Lott/Reuters]

Chicago, Illinois – The early data emerging from the coronavirus pandemic in the United States has laid bare the disparities many public-health specialists are all too familiar with: Racial minorities are disproportionately affected by health crises such as this one. And in the case of COVID-19, more of them have died.

Earlier this week, officials in Chicago, Illinois were among the first to release a racial breakdown of the city’s 6,100 cases. More than half were African American, despite only the group only accounting for 30 percent of the city’s 2.7 million residents. Seven in 10 patients who died from COVID-19 in the city were African American, officials said.

In New York, the epicentre of the pandemic in the US, the coronavirus is killing African Americans and Hispanics at twice the rate of white people, according to preliminary state data.

The alarming trends follow a long history of racism and inequality that have disproportionately affected African Americans. They suffer from high rates of obesity, diabetes and asthma – underlying health conditions that put people at greater risk for complications from COVID-19, which is compounded by a lack of economic opportunities and access to adequate healthcare.

“With the pandemic this is yet another aspect to health disparity that has been made visible, as the burden of death is borne more heavily by the black and brown communities,” Bragg told Al Jazeera.

Mindy Thompson Fullilove, a professor of urban policy and health at The New School in New York City, said that in health disparities, the faultlines are not merely racial.

“Epidemics follow social fractures. If you have society that is fractured, or fracturing, you know that’s where the disease is going to go,” Fullilove told Al Jazeera. 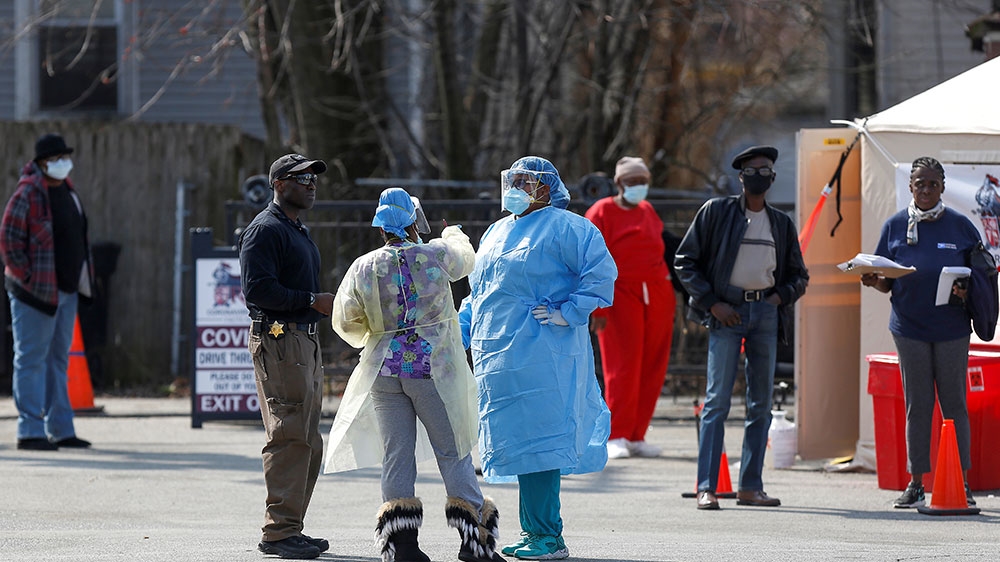 Poverty and unemployment rates are higher than those for non-Hispanic white individuals in the US, according to government data.

Fernando De Maio, sociologist and co-director of the Center for Community Health Equity at DePaul University in Chicago, also said that implicit biases and structural discrimination in the healthcare system have stacked the deck against minorities. Leading causes of death such as heart disease and lung cancer see higher rates in African Americans – so much so that they live 10 to 12 fewer years on average than white people, De Maio told Al Jazeera.

While the preliminary data that is available on the coronavirus is disturbing, experts say more is needed to be able to adequately address the problem.

“The CDC [US Centers for Disease Control and Prevention] needs to lead on this; otherwise we’d miss the worst of the problem and misdiagnose the problem,” said De Maio. “We need to stop seeing the pandemic as a medical problem but [see it as] a public health problem.”

In order to improve racial tracking, Chicago’s mayor Lori Lightfoot has since made it mandatory to identify the race of all patients admitted to healthcare facilities for COVID-19. She also called on community leaders to guide minorities to medical resources, saying the stark statistics should be “a wake-up call” for all Chicagoans.

Other officials have also acknowledged there are lessons to be learned.

“Why are more African Americans and Latinos affected?” asked New York Governor Andrew Cuomo at a news briefing Wednesday. “Now the numbers in New York are not as bad as the disparities we see in other places across the country, but there still are apparently disparities.” 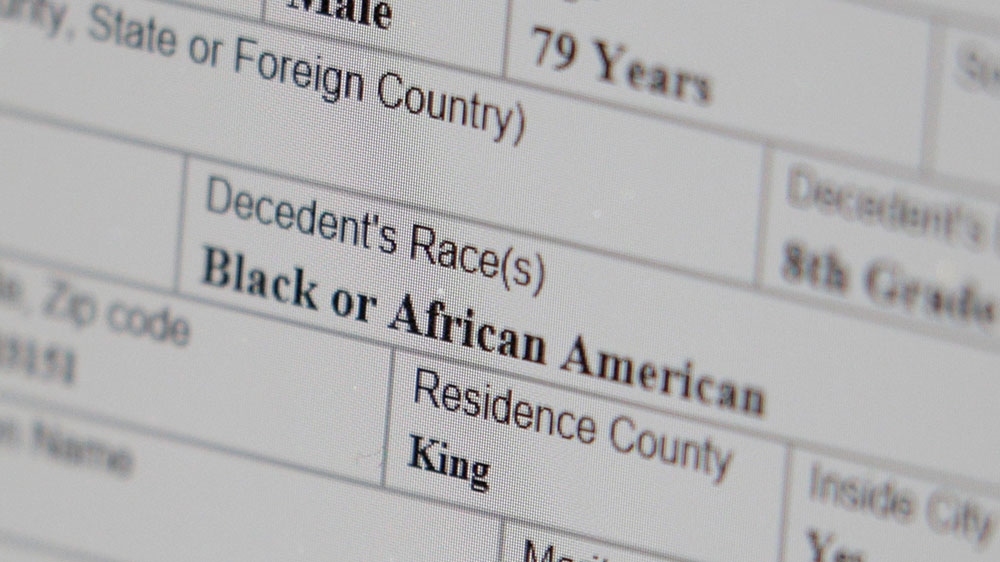 A working copy of a death certificate for a man who died of coronavirus disease (COVID-19) indicates that the man’s race was ‘Black or African American’, as seen on a computer screen [David Ryder/Reuters]

US President Donald Trump, who said his administration would release racial data related to coronavirus cases and deaths, called the preliminary numbers “a tremendous challenge”.

But experts say it’s not just a challenge in the coronavirus pandemic, but one that has always been prevalent.

“For far too long this country, the politicians and the public have accepted the disparities as natural,” said De Maio. “I hope this pandemic highlights how we’re all in it together because our health depends on our neighbours’ health.”