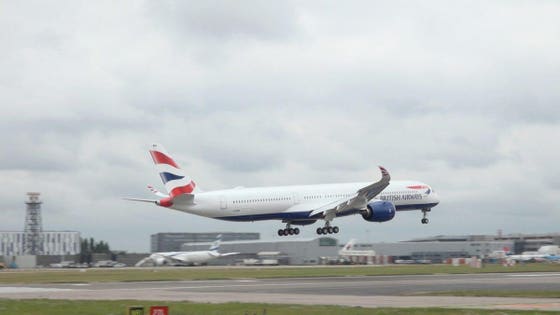 This morning I sat down at my laptop and set about booking flights for a holiday in late September. And – no surprises here – it was a satisfyingly painless experience. All I had to do was choose a destination, airline, and departure date and I was good to go. It’s hard to see how life could get any easier for the 21st-century traveler, particularly as hotels, hire cars, airport parking, boarding passes and all manner of experiences can be reserved just as easily and usually as part of a package.

So it’s tempting to think when it comes to tech-driven innovation, just about everything that can be done to create a seamless travel experience probably already has been.

Tempting but not necessarily correct. The consumer-facing end of the travel and aviation industry probably has reached the stage where not that much can be done to improve the booking experience, but that’s only part of the story. Think of it this way. If you’ve ever arrived dutifully on time at an airport, only to find that your plane has been overbooked or is running late, you might well think there is considerable scope for the customer experience to be improved by better systems. Then there is all the background stuff going on that most of us don’t see, such as the loading of baggage onto planes and the execution of turnaround procedures between landing and take off. The efficiency of these processes ultimately affects not only the customer experience but the profitability of airlines. And as in all industries, there is a continuing innovation imperative.

That’s certainly the view of European airline operator, IAG (International Airline Group), which is now into its fourth year of running an accelerator program dubbed Hangar 51.

Reaching Out To Startups

The company, which owns and operates carriers such as British Airways, Iberia and Air Lingus, provides both passenger and cargo services. And as Global Innovation Officer Dupsy Abiola explains, innovation across all its operations is seen as a priority. “As a company, we undertake a huge R&D process, which we run internally,” she says. “But are also involved in the tech ecosystem and we are also supporting startups.”

The Hangar 51 initiative is one aspect of that support. Each year, ten early-stage companies – which might be startups or scaleups – are selected to take part in the accelerator. Those who are chosen are given co-working space, either in the U.K. or Spain, where they have access to mentors and (perhaps more importantly) senior people within IAG.

Abiola is keen to stress the closeness of the working relationship. “A lot of corporate accelerators programs are carried externally – we like to do things differently. We choose up to ten companies and they all get to meet decision-makers up to C level,” she says.

The companies are chosen in terms of the quality of their ideas and products and their perceived relevance to IAG. In practice, this means startups that are working in areas such as airport and cargo logistics and customer interaction can apply to take part. “And this year we are also looking at sustainability and disruption management,” adds Abiola.

The back office nature of at least some of the focus areas begs a question. If you happen to be working on a technology or product that could be useful to IAG in the field of, say, cargo management, how do you know there is potential to take part in Hangar 51. After all, corporate businesses are not particularly transparent if you’re on the outside looking in.

Abiola, says she and her team are proactive in researching the aviation/transport ecosystem for interesting companies and encouraging them to apply.  “In most cases, we’re looking at post product companies,” she says. “The focus of Hangar 51 is very much on proving value.”

So what’s in it for the startups? Well, in addition to access to mentors and (crucially) IAG decision-makers, they will also get an opportunity to pitch to VCs and industry leaders within the wider transport ecosystem. These interactions take place at the pitch days (where the final ten are selected) and on the demo day at the end of the ten-week program. There is also access to sandbox facilities, which allow products to be tested.

The success stories to date, reflect the diversity of IAG’s requirement. For instance, the company has invested in London startup VChain who have developed a blockchain-based check-in solution. Also from London, EMU Analytics is now working with IAG on a project to ensure that cargo gets to designated planes on time. On the customer-facing side, IAG is trialing VR headsets developed by US/French company Skylights on British Airways business class flights to New York.

Stepping back to look at the bigger picture, travel tech is still continuing to suck in investor cash, supporting both new generation consumer services and systems developed for corporate customers. And in addition to VCs airlines, airports are among the corporate businesses that are not only investing but also running initiatives such as innovation hubs and hackathons. That’s good news for startups working in the sector and possibly also for customers. In addition to positive service enhancements,  the industry has no shortage of problems to solve. Witness the recent travails of IAG constituent British Airways. Just weeks after being on the receiving end of a £183 million fine related to a data breach, the company has come under fire for sending out e-mails canceling flights (due to a strike) and then sending out further communications to say the flights in question had after all not been canceled.  Can new and innovative technologies help solve this kind of problem? We’ll have to wait and see.

The next Cohort is being chosen on September 3 in Madrid. Four years on, it seems that digital innovation is still required in the aviation industry.