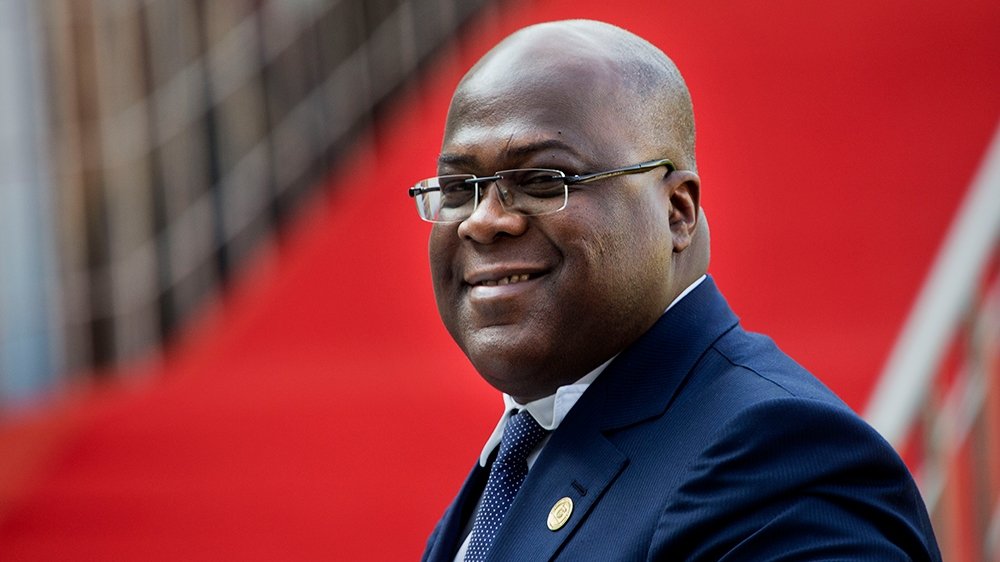 Tshisekedi triumphed in a December presidential election that observers said was marred by irregularities and opponents denounced as rigged [File: Jerome Delay/AP]

The Democratic Republic of the Congo has announced a new coalition government, seven months after the inauguration of President Felix Tshisekedi.

Announced on Monday by the president’s spokesperson, the power-sharing agreement saw 23 members of the executive drawn from Tshisekedi’s Direction For Change party, and the remaining 42 from former long-time president Joseph Kabila’s Common Front for Congo (FCC) coalition.

“The government is finally here … the president has signed the decree and we will begin work soon,” Prime Minister Sylvestre Ilunga Ilukamba told reporters.

Ilukamba said the delay in forming the government was a result of both sides needing time to “remove everything that could be an obstacle” to its “functioning”.

Around three-quarters of those in the new administration were serving in government for the first time, he added, hailing this as an “important innovation”.

Tshisekedi took office in January after winning a December 30 election which observers said was marred by irregularities and opponents denounced as rigged.

Fayulu came in a close second but rejected the result and accused Tshisekedi of making a secret deal with Kabila to deprive him of victory. Tshisekedi and Kabila denied that there was a deal.

The FCC dominated concurrent legislative elections, winning 342 of the 485 seats in the DRC’s parliament.

Following the polls, Kabila and Tshisekedi issued a joint statement in March confirming “their common will to govern together as part of a coalition government”.

His final two years in charge saw him stay beyond the maximum term limit permitted by the DRC’s constitution and instead oversee a crackdown on protesters calling for him to quit.