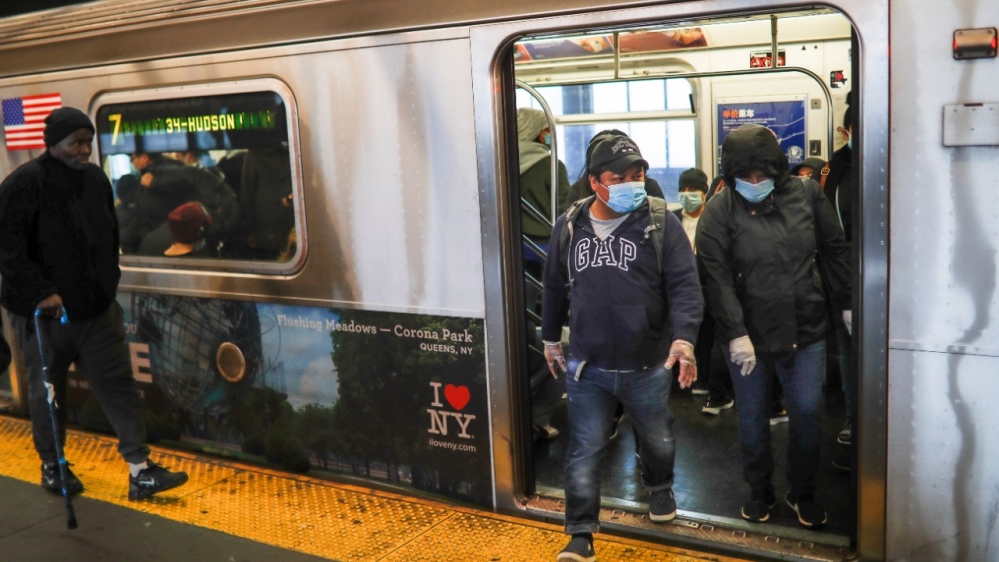 The US has the most confirmed cases of coronavirus in the world, and New York state has been the most hard-hit [John Minchillo/AP Photo)

There are now more than 1.5 million confirmed cases of coronavirus cross the world, with the United States and the United Kingdom suffering the highest number of deaths in a single day since the outbreak began.

Data collected by Johns Hopkins University shows that of the 1.5 million people with COVID-19, the disease caused by the coronavirus, nearly 329,000 have recovered.

Even as the number of deaths rises, an apparent slowdown in confirmed cases and hospital admissions has some governments considering ways to ease the lockdowns that have helped curb the spread of the disease.

Here are the latest updates.

Taiwan’s Foreign Ministry on Thursday has condemned accusations from the head of the World Health Organization (WHO) that it had used racist slurs against him as “groundless”.

On Wednesday, WHO Director General Tedros Adhanom Ghebreyesus said “racist slurs” had been made against him, which he said had originated in Taiwan.

Tedros’ comments were irresponsible and he should clarify them and apologise to Taiwan, it said.

Taiwan is not a member of the WHO. You can read more about why here.

Australian police have interviewed the captain of a cruise ship that became the country’s biggest single source of coronavirus infections after hundreds of passengers – some with the virus – got off the ship in Sydney.

About 400 passengers from the Ruby Princess later tested positive for the virus and 15 have died.

The police are conducting a homicide investigation into the incident. The ship remains at a port south of Sydney with about 1,000 crew on board.

New York, the hardest-hit state in the US, on Wednesday flew flags at half-mast as the number of coronavirus-related deaths in a single day reached a record.

I am directing flags be flown at half-mast in honor of those we have lost to this vicious virus.

They are in our hearts. pic.twitter.com/OT3KCEQkll

The number of confirmed cases in New York state is now approaching 150,000.

The Centers for Disease Control and Prevention (CDC) in the US has released new guidance for people working in essentials areas such as healthcare and food supply who have been within 1.8 metres (six feet) of someone with a confirmed or suspected case of the coronavirus.

CDC Director Robert Redfield says the employee can return to work as long as they take their temperature before they go to work, wear a face mask at all times and practise social distancing.

Redfield said the employees should continue to stay home if they are sick. He also said employers should take the worker’s temperature before allowing them to come back to work.

Brazil’s president Jair Bolsonaro says hydroxychloroquine, which is usually used for malaria, is saving the lives of people with COVID-19 and that Brazil will import raw materials from India to manufacture the drug.

Scientists say there is no conclusive evidence on the drug’s efficacy in treating COVID-19.

Read all the updates from yesterday (April 8) here.