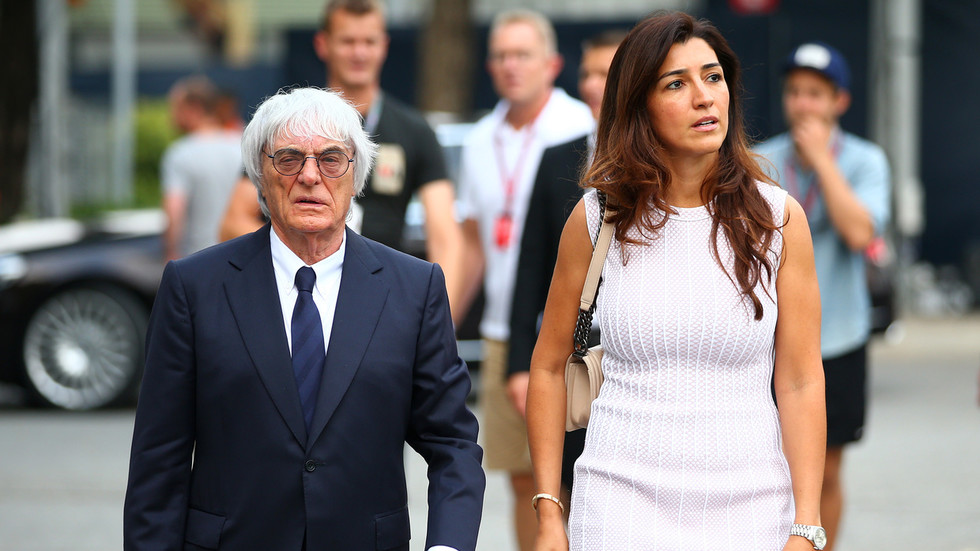 Billionaire businessman and former Formula 1 boss Bernie Ecclestone has proved he’s still got plenty of gas in the tank even at age 89 after revealing he is set to become a father for the fourth time.

British magnate Ecclestone, who presided over the F1 empire as chief executive for 40 years before stepping down in 2017, confirmed reports in news outlet Blick that he and third wife Fabiana Flosi, 44, are expecting a baby boy in July.

“Yes, it is due in the summer. Hopefully he’ll learn to play backgammon soon!” said the ex-F1 tycoon.

Ecclestone – who is an avowed fan of Russian President Vladimir Putin, and was instrumental in seeing the Sochi Grand Prix added to the F1 calendar – later crowed that he had been putting in “plenty of practice” with his Brazilian lover Flosi, whom he wed in 2012.

“There’s nothing that unusual is there? I haven’t had a job for a little while so I have had plenty of time to practice!” the diminutive business billionaire said.

Ageing lothario Ecclestone is on his third wife, having previously been married to Ivy Bamford and Croatian model Slavica Radic.

He has three daughters, the eldest of whom is Deborah, 65, while middle child Tamara is a frequent tabloid headliner maker in her own right in the UK.

The news of the impending birth of a fourth child, due to arrive just shy of his 90th birthday, has left many on social media in varying states of wonder after Ecclestone began trending.

Bernie Ecclestone, 89, is expecting a son with his wife Fabiana.She’ll spend her days mushing up his food, changing his nappy and trying to get him to nod off. Then she’ll see to the baby. pic.twitter.com/kmRnm1KTSZ

Indeed, Ecclestone is not far off the record for the man believed to be the world’s oldest father, Indian Ramjit Raghav, who supposedly fathered a child at the age of 96 before dying earlier this year.

As the world grapples with the Covid-19 pandemic, Ecclestone and wife Flosi are holed up at their farm outside Sao Paulo in Brazil.

“Like all parents we have only one wish: the child must be born healthy,” Flosi told Blick.