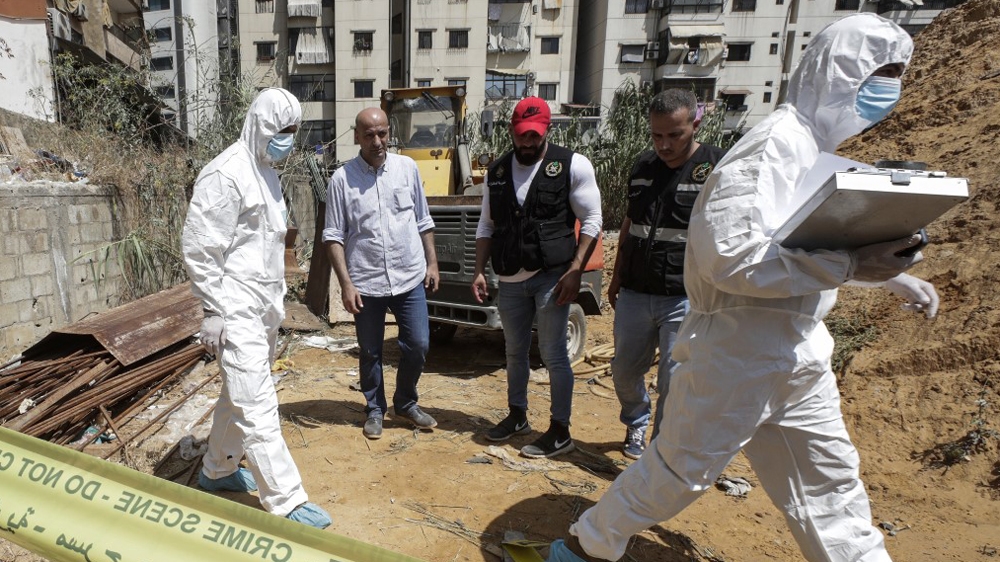 The reported strike comes a day after one alleged Israeli drone crashed in a Hezbollah stronghold in southern Beirut, while another exploded and crashed nearby [Anwar Amro/AFP]

Israeli jets have attacked a Palestinian base in eastern Lebanon near the border with Syria, according to Lebanon’s state-run National News Agency.

The report says there were three strikes early on Monday, minutes apart, that struck a base for a Syrian- backed group known as the Popular Front for the Liberation of Palestine (PFLP).

There was no immediate comment from Israel on the strike, which the agency said hit near the Lebanese village of Qusaya in the eastern Bekaa Valley.

The strike comes amid heightened regional tensions and a day after alleged Israeli drones crashed in the southern suburb of Beirut, prompting strong reaction from the leader of Hezbollah movement.

In a speech hours after one of the drones crashed in the Lebanese capital, Hassan Nasrallah, said the Israeli drones were on a “suicide mission”.

“Hezbollah will not allow such an aggression,” he said in a televised address on Sunday. “The time when Israeli aircraft come and bombard parts of Lebanon is over.”

Air strikes by Israel against Palestinian factions in Lebanon, such as this one, have been rare in the past years.