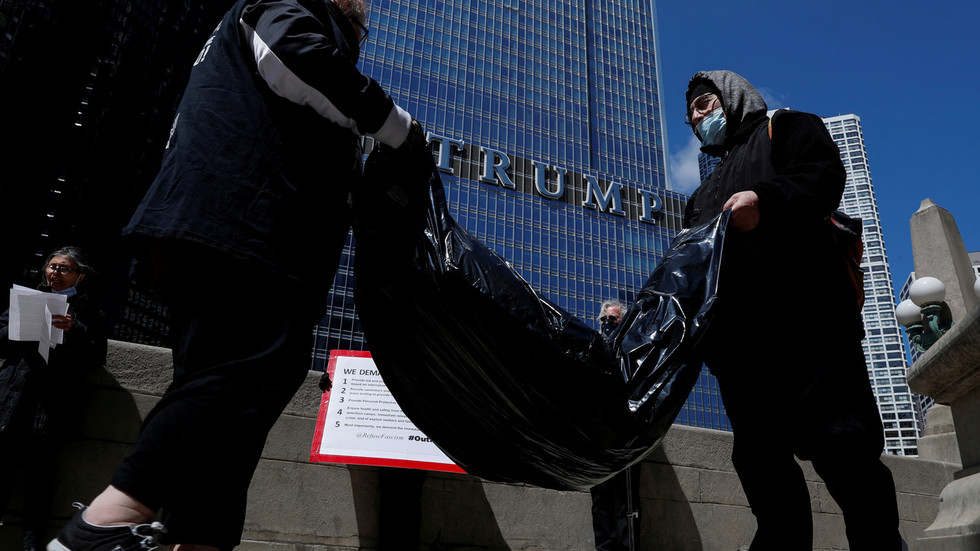 After Twitter refused to censor President Donald Trump for suggesting former Congressman and TV host Joe Scarborough may have played a role in the death of his intern, Trump critics launched a murder conspiracy of their own.

There is no one named Carolyn Gombell, but her name was trending on social media on Tuesday, along with the hashtag #JusticeForCarolyn, after a Twitter account calling itself ‘God’ posted a thread accusing the current US president of murder.

“He strangled her because he’d gotten her pregnant and was threatening to tell the press. Then he bribed NYPD Police Chief Bernie Kierik to cover it up. IT’S TIME TO INVESTIGATE,” the account tweeted, adding that there is no reference to any of this online because “It’s called a cover-up, people.”

Donald Trump killed his personal assistant, Carolyn Gombell, in October 2000. He strangled her because he’d gotten her pregnant and was threatening to tell the press. Then he bribed NYPD Police Chief Bernie Kierik to cover it up. IT’S TIME TO INVESTIGATE. #JusticeForCarolyn

The fake story was quickly picked up by other Resistance activists, such as the Krassenstein brothers and Bill Palmer.

BREAKING: There are new calls to investigate @realDonaldTrump and @DonaldJTrumpJr for the first degree murder of Carolyn Gombell in October of 2000. Not even the President of the United States should be immune from murder charges. #JusticeForCarolynWho agrees?

It was Palmer who exposed the “logic” behind amplifying this claim, saying that “If Trump can demand investigations into imaginary murders, the rest of us can too!”

The “imaginary murder” here refers to Trump’s insinuations that the 2001 death of Lori Klausutis, an intern for then-Congressman Joe Scarborough (R-Florida), may not have been an accident. Scarborough – who now hosts Morning Joe on MSNBC and has turned into an implacable critic of Trump after initially backing his 2016 presidential bid – was caught on camera joking about the death on a radio show in 2003.

Outraged mainstream media reporters have leapt to Scarborough’s defense, insisting that Trump must delete the “baseless conspiracy theory.” A New York Times op-ed on Tuesday demanded that Twitter “cleanse” the “stain” of Trump from its platform. Scarborough’s wife and co-host Mika Brzezinski has demanded a meeting with Twitter management over what she called defamation.

The social media company responded by saying the president wasn’t violating its rules, but added it would change those rules soon. It was at this point that Trump’s critics launched the “Carolyn Gombell” hoax, figuring that either Twitter will delete it and demonstrate hypocrisy, or that enough people will believe it’s real.

The fact that both the mainstream media and these online activists just spent four years accusing Trump of “collusion” with Russia and treason – which has been conclusively debunked by a mountain of evidence – somehow hasn’t been brought up, as it would spoil the narrative.