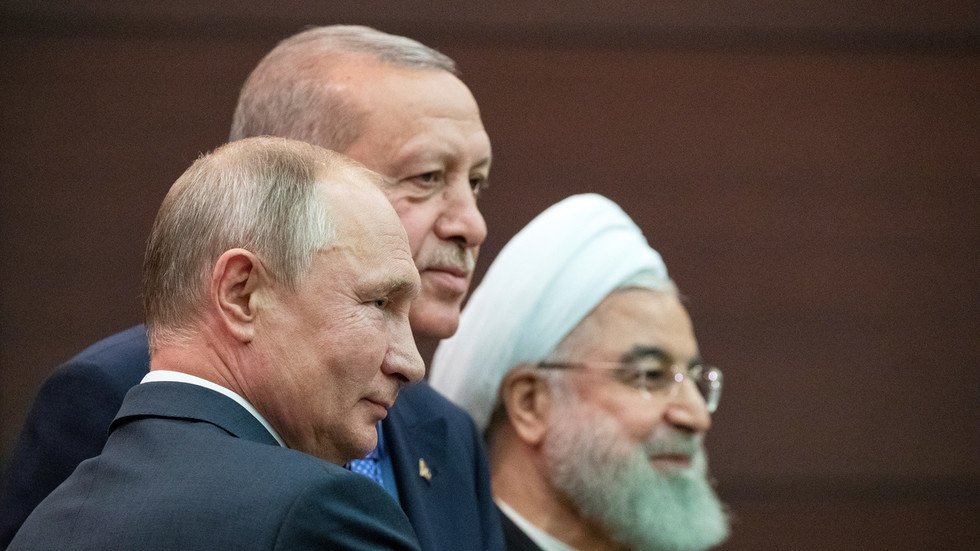 Russian President Vladimir Putin, Turkey’s Recep Tayyip Erdogan and Iran’s Hassan Rouhani will discuss the conflict in Syria during a video conference on Wednesday, the Kremlin has said.

The three countries held talks in the Kazakhstan’s capital Astana (now called Nur-Sultan) in 2018, aimed at settling the situation in Syria. The previous meeting of the three states – guarantors of the Astana process – was held in Ankara in September 2019.

The United Nations will hold a virtual conference on Syria on Tuesday to raise funds for refugees enduring the ninth year of armed conflict. The UN is looking for almost $10 billion for people in Syria and surrounding countries. It hopes much of that will come from the 60 governments and non-governmental agencies gathering by video link. The European Union is hosting the event.

The pledging, now an annual event, breaks down into a UN appeal of $3.8 billion for aid inside Syria and $6.04 billion for countries hosting refugees. Only a fraction has been raised so far, Reuters said.