‘Like open target practice’: US activists recount being attacked by police during peaceful protests 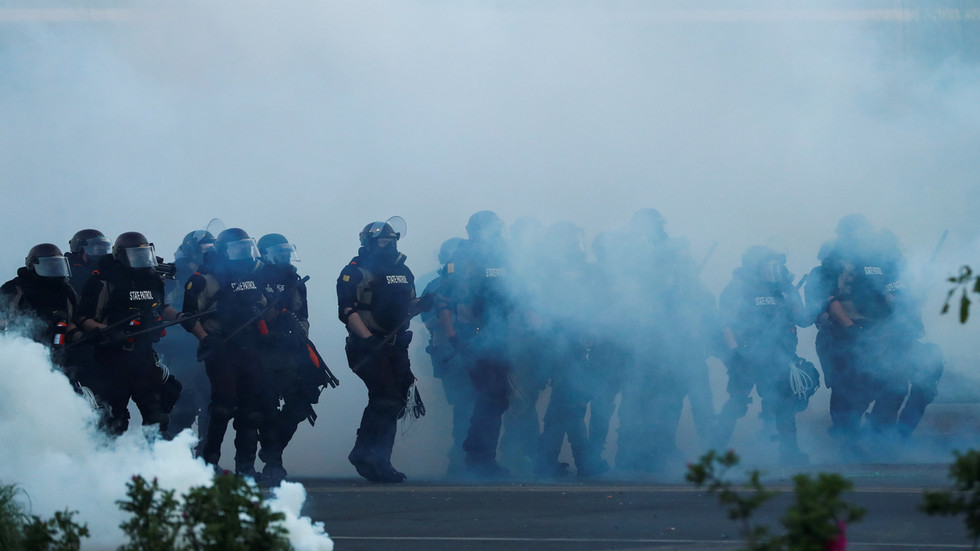 US police are using disproportionate force against peaceful protesters, activists told RT, adding that they would continue to fight for far-reaching change. Some of the anti-racism rallies have descended into riots.

Minneapolis resident Jeremy Kocke insisted that protests about the alleged police killing of George Floyd have remained largely peaceful, but that demonstrators were still being roughed up by officers.

He told RT that, during one protest in the city, police “began openly shooting rounds of tear gas [and] rubber bullets into the crowd.” Kocke was hit in the back by a rubber bullet without having been given a warning to disperse by the police. “It seemed to be like open target practice,” he said.

Also on rt.com ‘It’s not who we are!’ County sheriff in Michigan JOINS march against police brutality

The activist argued that Minneapolitans don’t trust the local government or prosecutors to deliver justice for Floyd, and urged the Department of Justice to intervene to ensure that the officer charged in his killing receives a fitting punishment. He also suggested that the federal government should become involved in law enforcement in the city to safeguard against further police abuse, arguing that the force needed top-down reform.

His experience of recent protesting seems to match the testimony of another activist, Florida-based Alex Suarez. Police in Jacksonville have been using tear gas against peaceful protesters, Suarez told RT in an interview. “People around me were peaceful, and we received tear gas,” he said, describing the actions of the police as a “violation of international law.”

In his view, order will be restored only once there is “systemic change throughout the country.” He said that the nationwide protests are a “turning point” for the United States.

Police forces around the country have been heavily criticized for using strong-arm tactics to contain the demonstrations, some of which have descended into violent rioting and looting. However, there have been notable exceptions to the clashes between police and demonstrators.

In Flint, Michigan, a county sheriff marched with demonstrators, saying he wanted the event to be a “parade, not a protest.” A video of the sheriff addressing and then joining marchers was shared widely across social media, racking up millions of views.