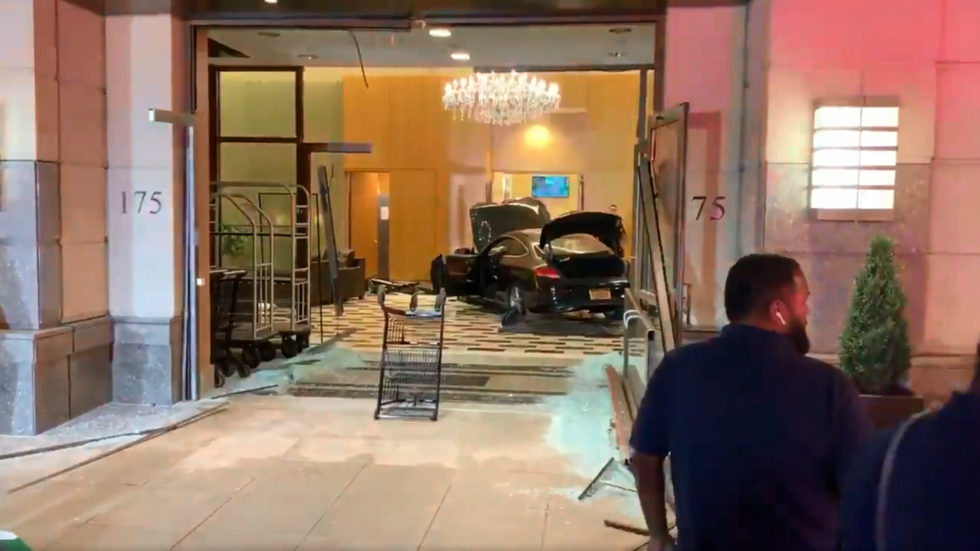 A man drove his car into the lobby of Trump Plaza in New Rochelle, New York, injuring several people, then got out and sat on a couch amidst the shattered glass as if nothing had happened.

The driver plowed a black sedan through the front of the 40-story luxury residence about a half hour drive north of New York City on Tuesday night, causing major damage to the building and several injuries, according to initial reports.

#BREAKING: A car has crashed into the lobby of Trump Plaza in New Rochelle, New York.

-The suspect got out of the car and sat on a sofa in the lobby in silence.

-Several injuries but none are life-threatening.

-Unknown if intentional or accidental.pic.twitter.com/l8VQamtSEd

He remained at the scene, sitting on the couch silently, until police arrived to interview him. The crash is believed to be accidental, according to CBS, though police are still investigating.

Video taken at the scene shows several firemen swarming the destroyed lobby, while the car – apparently totaled – is fully indoors, its hood and trunk both open.

In another video, taken a few minutes later, the scene has calmed down a bit. “That’s one way to make an entrance,” a man can be heard saying. “You guys couldn’t show him where the garage was?”