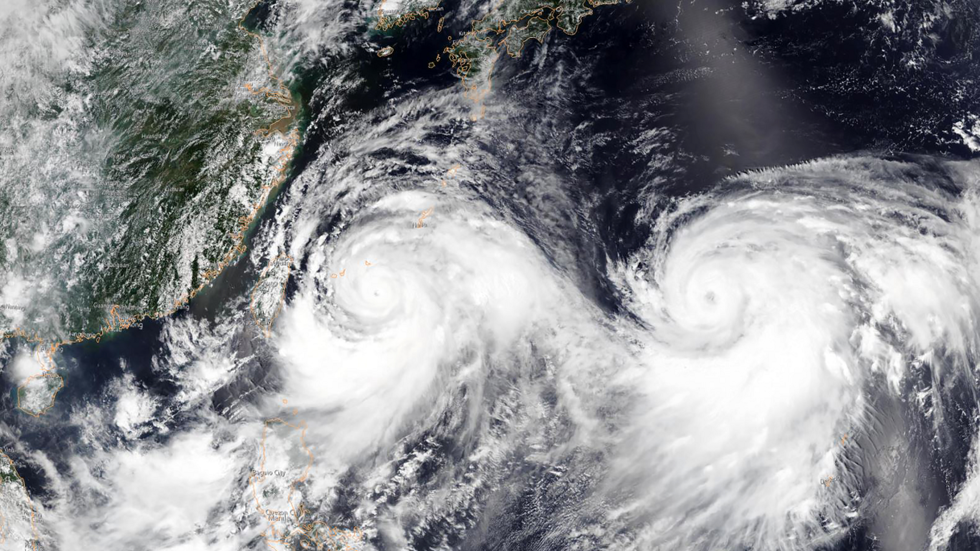 Hurricanes regularly devastate the American homeland, so maybe we should just nuke the suckers before they reach the coast? This is the astute suggestion that has reportedly been put forward by US President Donald Trump.

According to Axios, Trump has suggested on multiple occasions to senior Homeland Security and national security officials that they explore the possibility of using nuclear weapons to stop hurricanes from hitting the United
States.

The outlet claims that after sitting through a hurricane briefing at the White House, the US president blurted out: “I got it. I got it. Why don’t we nuke them?”

He then outlined his ingenious proposal in more detail: “They start forming off the coast of Africa, as they’re moving across the Atlantic, we drop a bomb inside the eye of the hurricane and it disrupts it. Why can’t we do that?”

Officials at the briefing reportedly told Trump that they would “look into” his idea.The commander-in-chief is believed to have recommended bombing hurricanes in several other instances – although in some cases, he suggested
conventional, not-nuclear weapons might do the trick.

The proposal never entered into a formal policy process, Axios said, citing sources.The White House declined to comment on the story, but an unnamed senior official defended Trump, arguing that exploring ways to keep deadly hurricanes
from hitting the American mainland is “not bad.”

Worryingly, Trump is actually far from the first person to suggest dropping nuclear bombs on approaching hurricanes. The idea dates back decades, and its apparent widespread popularity has even prompted the National Oceanic and Atmospheric Administration to explain on its website why nuking hurricanes “is not a good idea.”

Leaks detailing Trump’s colorful policy suggestions are often the subject of media feeding frenzies. Last week, it was revealed that the US president wanted to purchase Greenland, sparking a major diplomatic row with the territory’s owner, Denmark.

Also on rt.com Plan B? US to open consulate in Greenland after Denmark rejects Trump’s offer to buy territory