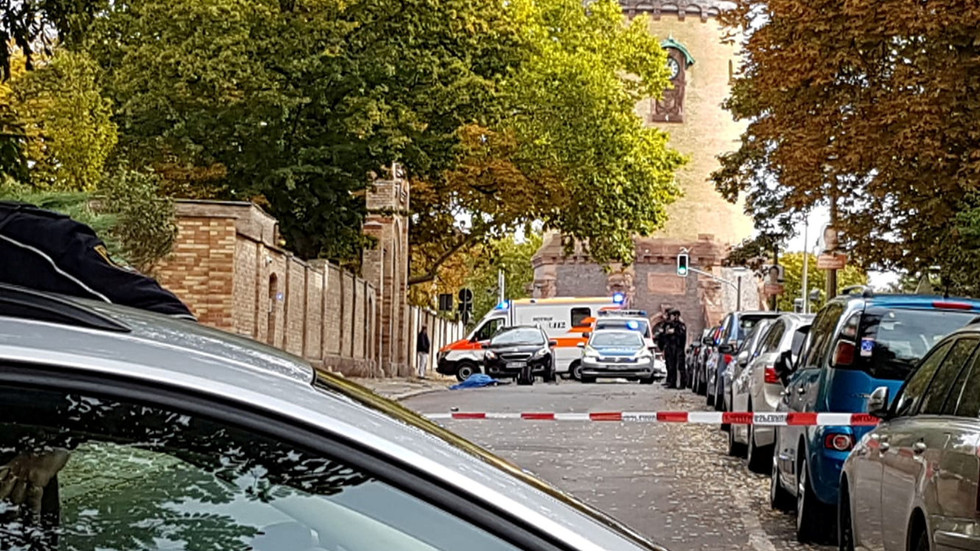 Police have confirmed one person has been detained after a shooting in Halle which left two people dead and others injured. A grenade was also thrown into the Jewish cemetery.

A picture of the alleged shooter has appeared on social media, but cannot be veryfied yet.

Police warned on Twitter that people in the area should still “stay alert” and assured that they are working on stabilizing the situation.

A spokesperson also said security will be increased at the Dresden Synagogue and Jewish cemetery as a “protective measure.” Dresden is about two hours from Halle.

Germany’s Bild newspaper reported that shots were also fired about 15 km away from Halle in Landsberg, saying the information was confirmed by a police source. It is not known if the two incidents are linked.

Also on rt.com Two people killed in shooting outside synagogue in Halle, Germany

The shooting falls on the Jewish holiday of Yom Kippur, a strict day of rest, fasting and prayer — and regarded as the holiest day of the year for Jews.