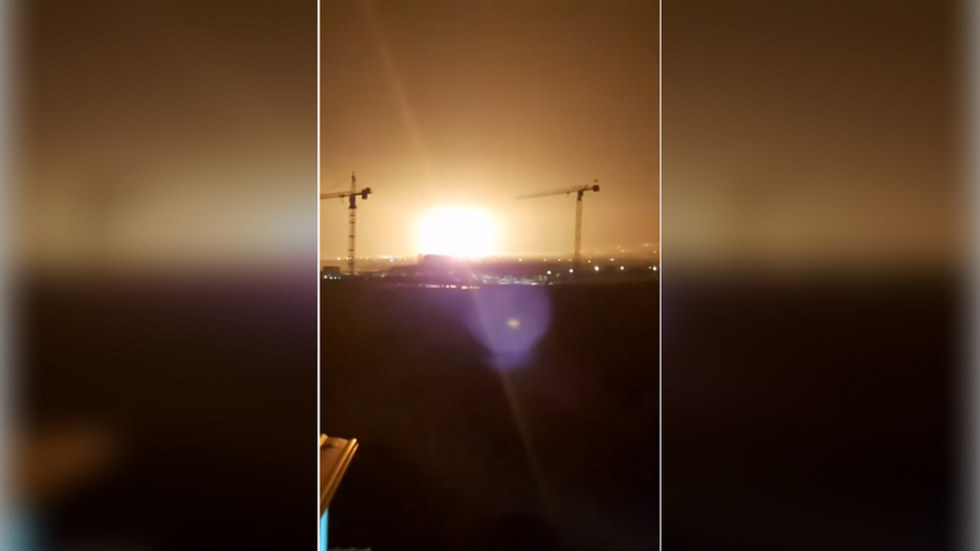 Multiple explosions have rocked an arsenal on the northern coast of Cyprus, injuring several people, while a huge blaze has been ravaging the facility.

A fire broke out at the depot in the city of Kyrenia, de facto controlled by the self-proclaimed Turkish Republic of Northern Cyprus, on Thursday morning. Videos have surfaced online purporting to show it being engulfed by flames. The sound of helicopters hovering and emergency sirens blaring can be heard in the background. A plume of thick smoke is seen billowing from the site, lightning up the night skies.

The Turkish Cypriot foreign minister, Kudret Ozersay, said on Facebook that the blaze swept through an arsenal located within a “military zone,” and there have been reports of repeated explosions tearing through the facility.

Several people have suffered minor injuries as a result of glass shattering in the first explosion, the minister said. The area around the depot was sealed off, power was shut down, and a nearby village was evacuated as a precaution. Ozersay wrote that the fire had been contained but continues to devour the building from inside.

No deaths have been reported.

The self-proclaimed republic of Northern Cyprus is recognized as an independent state only by Turkey, and is considered to be part of the Republic of Cyprus by the rest of the international community.