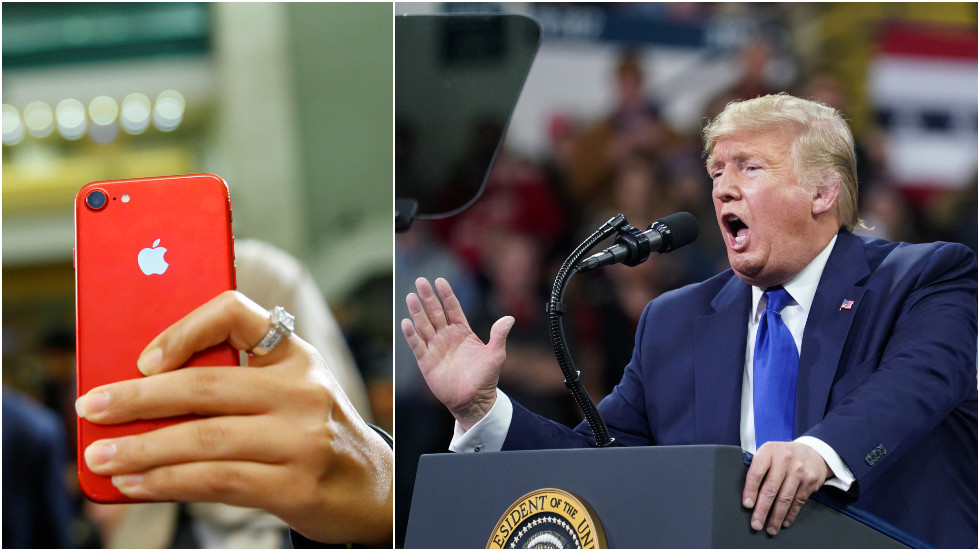 US President Donald Trump has demanded that Apple help federal agencies break into a pair of devices linked to the Pensacola shooter, accusing the company of not doing enough to assist investigators.

In a tweet on Tuesday, Trump implied that the tech giant has been ungrateful to his administration, which he said is “helping [it] all of the time on TRADE,” calling on Apple to unlock two devices that belonged to the Saudi trainee who killed four at a US naval base in Florida in December.

“We are helping Apple all of the time on TRADE and so many other issues, and yet they refuse to unlock phones used by killers, drug dealers and other violent criminal elements,” Trump said. “They will have to step up to the plate and help our great Country, NOW!”

We are helping Apple all of the time on TRADE and so many other issues, and yet they refuse to unlock phones used by killers, drug dealers and other violent criminal elements. They will have to step up to the plate and help our great Country, NOW! MAKE AMERICA GREAT AGAIN.

The president’s remark echoed a near-identical complaint made by Attorney General William Barr on Monday, who charged the company had offered no “substantive assistance” in the Pensacola probe.

Responding directly to the AG in a statement, however, Apple insisted that it had answered every law enforcement request “promptly, often within hours,” and that it passed the FBI “many gigabytes of information” extracted from the devices in question.

Also on rt.com Apple says it passed FBI ‘many gigabytes’ of data in Pensacola shooter probe, disputes AG’s claim of ‘no substantial help’

While Apple has touted its role in the investigation, the company has previously resisted helping federal agencies crack into its devices, arguing that there is no “backdoor just for the good guys,” and that any loophole given to law enforcement would soon find its way to malicious hackers.

The tech giant became embroiled in a heated legal battle with the FBI following the San Bernardino terror attack in 2016, refusing to give the agency a backdoor into a phone belonging to one of the attackers. While the dispute was resolved when an Israeli cyber firm offered its services in unlocking the device, senior US officials have since voiced frustration with strong encryption protections, with Barr telling an audience at an event in August – somewhat paradoxically – that such privacy measures “reduce the overall security of society.”

The Department of Justice on Monday classified the Pensacola shooting as an act of terrorism motivated by “jihadist ideology.” The shooter, a Saudi national named Mohamed Alshamrani, penned a political diatribe on social media shortly before the attack, and is thought to have visited the September 11 memorial in New York City at some point. While the FBI said Alshamrani believed “violence was necessary to defend Muslim countries,” the bureau does not believe he was affiliated with any known terror group.