‘Up to 200,000 DEATHS’: Trump health chief Fauci predicts MILLIONS of Covid-19 cases in US 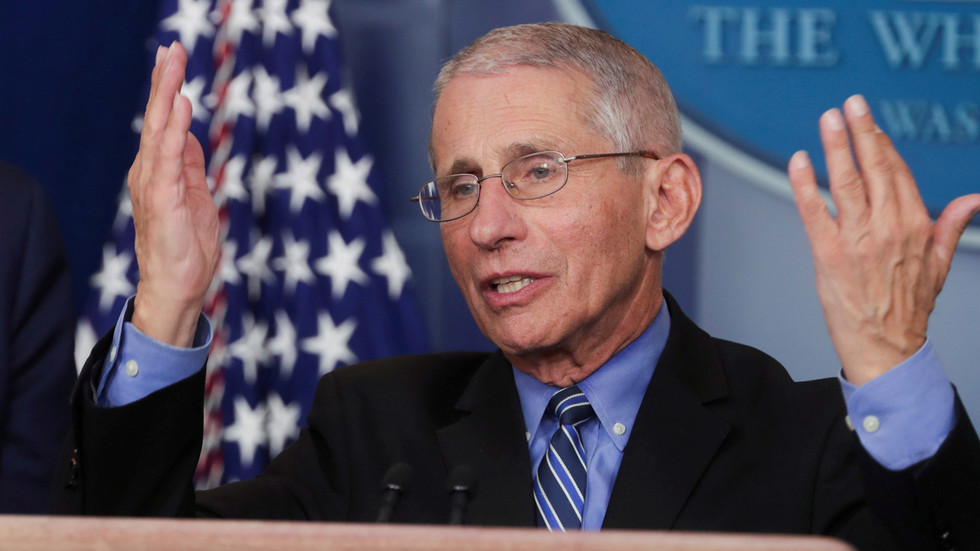 Speaking on CNN’s ‘State of the Union’ on Sunday, Fauci said that trying to predict the spread of the virus is akin to chasing a “moving target.” However, the National Institute of Allergy and Infectious Diseases director claimed that “between 100,000 and 200,000 deaths” may be coming.

Dr. Anthony Fauci says there could potentially be between 100,000 to 200,000 deaths related to the coronavirus and millions of cases. “I just don’t think that we really need to make a projection when it’s such a moving target, that you could so easily be wrong,” he adds. #CNNSOTUpic.twitter.com/F2MOHY3xl4

Fauci cautioned that the true toll of the Covid-19 outbreak in the US will sit somewhere between the “best case” and “worst case” predictions currently doing the rounds. However, he did not say what scenario his own prediction fell under.

Fauci has publicly disagreed with President Donald Trump on how best to respond to the coronavirus crisis. As Trump mulled imposing a strict quarantine on “hot spots” like New York and New Jersey, Fauci warned that doing so would create “a bigger difficulty” in enforcement. He told CNN on Sunday that Trump decided not to issue the quarantine order after “intensive discussions” in the White House on Saturday night.

Also on rt.com ‘Not necessary’: Trump says he will not impose quarantine on New York, New Jersey & Connecticut

While hundreds of thousands of deaths is a dire prediction, and stands at odds with President Trump’s optimistic tone during press briefings, Fauci has made even starker predictions before. Earlier this month, and with New York State only reporting 700 cases of the virus, Fauci appeared on CNN to warn that “it’s possible” that millions of Americans could die.