US air attacks in May on Afghan drug labs killed 30 civilians: UN 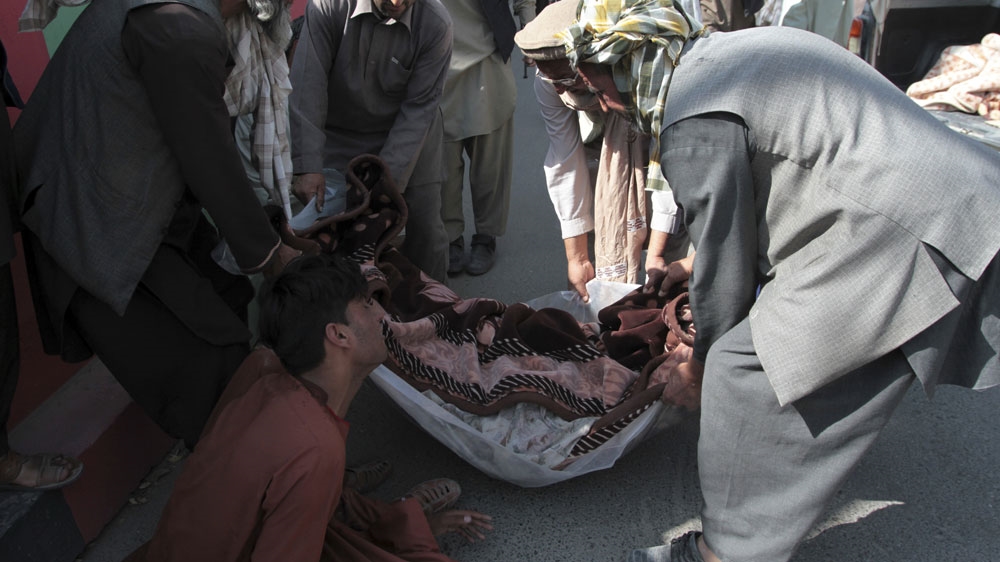 UNAMA conducted investigation for four months into the air attacks on May 5 that hit more than 60 sites [File: Rahmatullah Nikzad/AP]

US air attacks on alleged Taliban drug labs in Afghanistan killed or wounded dozens of civilians in May, says a United Nations report, which has been rejected by the US military.

The United Nations Assistance Mission in Afghanistan (UNAMA) conducted an investigation for four months into the air attacks on May 5 that hit more than 60 sites the United States and Afghan forces identified as drug-production facilities in the western provinces of Farah and Nimroz.

UNAMA and UN Human Rights Office said in a joint report released on Wednesday that there were at least 30 deaths among the 39 civilian casualties.

The number included 14 children and five women killed or wounded in the air raids, which the UN said violated international humanitarian law as the victims were non-combatants.

“UNAMA has assessed that the personnel working inside the drug production facilities were not performing combat functions. They were therefore entitled to protection from attack, and could only have lost this protection if, and for such time, as they had been directly participating in hostilities,” the report said.

The US Forces-Afghanistan (USFOR-A) issued a statement, rejecting the UN report and claiming there were no casualties.

“USFOR-A is fighting in a complex environment against those who intentionally kill and hide behind civilians, as well as use dishonest claims of non-combatant casualties as propaganda weapons,” the statement said.

“USFOR-A took extraordinary measures to avoid the deaths or injuries of non-combatants.”

Since late 2017, US forces have attacked sites believed to be used for processing drugs as part of efforts to cut off funds to the Taliban group.

Facilities that help fund parties who are involved in the 18-year war are considered civilian objectives under international humanitarian law, and thus drug labs and their workers are unlawful targets, the report concluded.

Afghanistan’s security forces and US-led NATO forces have been heavily criticised for inflicting civilian casualties during their raids and air attacks.

At least 3,812 civilians have been killed or wounded in the first half of 2019, UNAMA said in a report published in July, noting a big increase in the number of casualties caused by government and NATO-led troops.

The report attributed 717 civilians killed and 680 wounded to pro-government forces, representing a 31 percent increase from the corresponding period in 2018.

Taliban and the Islamic State of Iraq and the Levant (ISIL or ISIS) fighters killed 531 Afghans and wounded 1,437, said the UNAMA report.

The US formally ended its combat mission in Afghanistan in 2014 but still provides extensive air and other support to local forces battling both the armed groups.