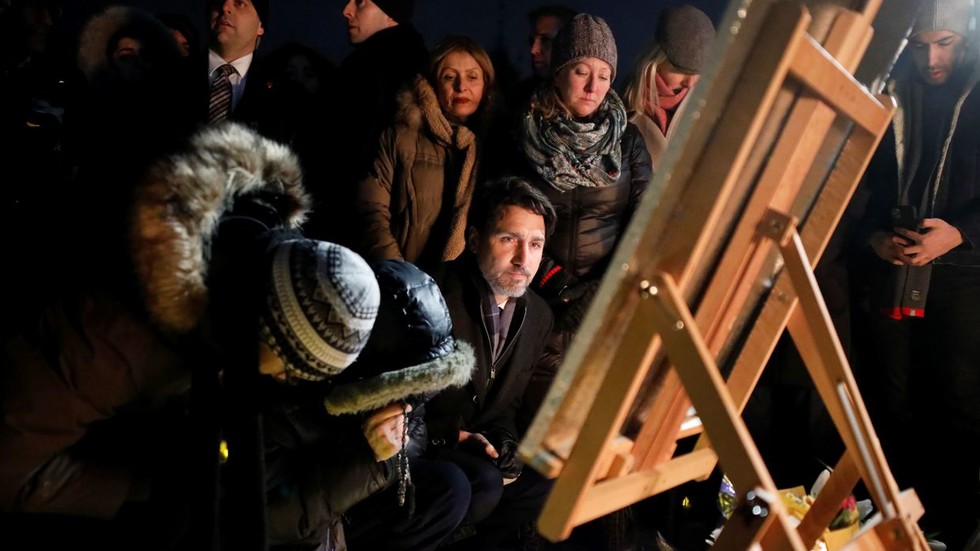 If it weren’t for US escalation in the Middle East, the Canadians who were on board the Ukrainian jet downed mistakenly by Iran would’ve been home now, Canada’s PM Justin Trudeau said.

Trudeau’s interview with Global News was the first time he spoke about the fallout of the January 8 tragedy, in which the lives of 176 people, including 63 Canadian citizens, were lost.

When asked whether those who died on Flight 752 – which was shot down en route to Kiev moments after departing from Tehran’s major airport – were ‘collateral damage’ in the struggle between the US and Iran, Trudeau replied: “I think if there were no tensions; if there was no escalation recently in the region, those Canadians would be right now home with their families.”

“This is what happens when you have conflict and war – innocents bear the brunt of it.”

Iran acknowledged shooting down the Ukrainian jet several days after the incident, and apologized to Kiev for the “great tragedy and unforgivable mistake,” which occurred amid a sharp spike in tensions between Tehran and Washington. Iranian air defenses were put on high alert after US President Donald Trump promised that the US would strike high-profile targets in the county, hours after Iran launched strikes on US bases in Iraq in reprisal for the killing of a top Iranian commander, Qassem Soleimani. The Ukrainian airliner flew too close to a military site, triggering a missile launch, Tehran explained.

Trudeau has also complained that Canada “didn’t get a heads up” from the US on the raid that killed Soleimani. “Sometimes countries take action without informing their allies,” the PM said, adding that he would’ve “obviously” appreciated a warning.

Also on rt.com ‘I wish I had been inside that plane’: Iran’s IRGC chief expresses sorrow over downing of Ukrainian jet